On the latest episode of The Expanse, Amos, Clarissa and their allies find a way to leave the devastated Earth behind.

With so much going on off-world over the last few episodes of The Expanse, it might be easy to forget that the people on Earth, including Amos and Clarissa, have been going through a tough time following Marco’s attack. In last week’s episode, the two finally made it to a partially destroyed Baltimore and found Erich, who had stockpiled supplies and rations. Now, in the latest episode, Amos, Clarissa, Erich and their allies come up against another set of survivors looking to take their supplies by force, leading to a shootout at Lake Winnipesaukee — and a rushed escape from Earth.

Lake Winniepesaukee, as Clarissa explained, is where she and her family used to spend summers and one of the houses has a lunar-capable shuttle in its hanger — truly a sign of privilege. The group decide using the shuttle to abandon the devastated planet for Luna is their best bet, but when they arrive, they find the shuttle isn’t entirely functional as the engine startup trips off every time they attempt to initiate take-off. They also encounter the desperate winter staff who have been left at the lake houses, who Clarissa agrees to take with them, much to the obvious chagrin of Erich and Amos.

RELATED: The Expanse: Clarissa Mao BRUTALLY Reveals Why She Was In The Pit

While the group attempt to fix the shuttle, Erich and Clarissa have a moment alone to get to know each other a little bit, but instead they talk about Amos. Erich asks why Amos calls her “Peaches,” which she has no answer for, and she asks why Erich calls Amos “Timmy,” leading him to reveal to her that it’s Amos’ real name. Clarissa then manages to appeal to Erich’s better nature when making a case for not leaving the off-season staff behind by observing, “we’re stronger because our tribe grew.” Erich is somewhat surprised at her idealism, asking where Amos found someone like her, and her reply is more inline with his impression of Amos: “serving a life sentence for multiple homicides.”

As the shuttle repairs continue, a group claiming to be “island security” show up at the house and essentially attempt to shake them down for their food and supplies. During their visit, Amos is positively itching for a fight, brandishing a wrench, while Erich and his people pull their guns on the men. Clarissa, though, isn’t too keen on the idea of unnecessary violence and tries to talk everyone down, which works on Amos since, in Naomi and Holden’s absence, she’s become his moral compass.

The fake security isn’t deterred for long, though. They return at night just as the repairs are being completed and the group is about to make their way off-world. During the ensuing firefight, Clarissa and the others make sure the off-season staff get onto the ship first, ensuring they’re clear of the danger (which is more that can be said for the rich families who left the staff behind).

RELATED: The Expanse: Naomi Risks Her Life to Save Holden & Alex

Amos and Erich are outside trying to repel the invaders, leaving Clarissa inside, but they eventually become overwhelmed and are driven back into the house, where they can hear Clarissa’s screams. There’s no need to worry, though, as these were the sounds of her using her enhancements to tear apart a whole squadron of flanking troops on her own, leaving them dead in multiple pools of blood.

The team finally make it to the repaired shuttle and strap themselves in, but they are not without their casualties and injuries. Many of Erich’s people died, Hutch took a shot to the gut, Clarissa’s body is once again overloaded after using her augmentations and Amos almost lost his sight after a near miss from a bullet ricochet. Despite all this, they make it into orbit, and to safety. With Luna’s Lovell City their next stop, their arduous fight to survive on Earth has ended. Amos will likely want to get back to the Rocinante but, with the ship burning hard for the Belt to save Naomi, he’s going to continue to be away for at least a little while. It might be worth offering hazard pay to whoever has to tell Amos his whole team is in danger. 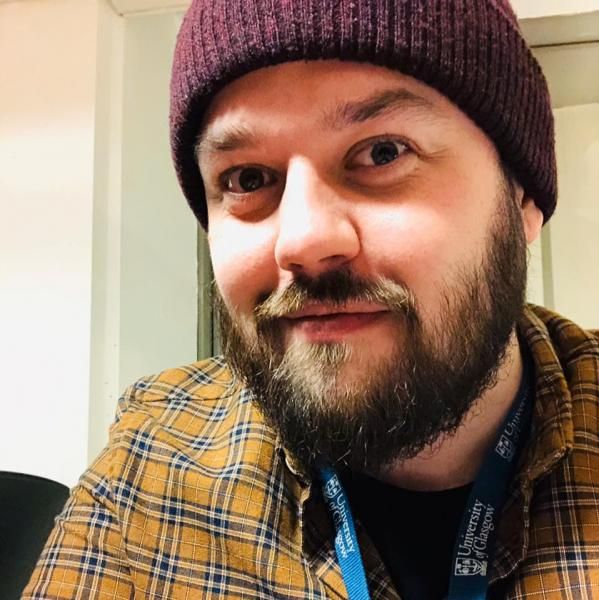 Kieran studied a combined MA in Comparative Literature/Film and Television Studies at University of Glasgow and has previously written various lists for Screen Rant. When not writing for CBR, he also makes low-budget short films in and around Glasgow. Kieran is an avid reader, gamer, and cinema-goer when not generating written or filmic content.

10 Things From The Comics That Need To Show Up In...