The Gears of War franchise has been a forefather of Xbox exclusives, but it may be time for that change so the series can reach a wider audience.

Gears of War has had fascinating evolution since completing its original trilogy. Since then, the franchise has received additional game entries, and there is even a film in the works. However, as the franchise grows, it seems like the Xbox exclusive is long overdue for a cross-platform expansion that allows it to reach an even broader audience.

Since the Xbox One, the franchise has become a whole new brand of action-shooter that accomplishes what few in the genre can: balancing story and spectacle. While most modern shooters sacrifice the former for the latter, Gears has perfected a balance between the two. In the past, Gears of War was always compared to Halo, another Microsoft exclusive, but it has since learned to stand on its own.

RELATED: Immersion Is a KEY Element of Gaming – Here’s Why

While it began on the Xbox, Gears of War has since grown to Microsoft’s PC audience with Gears 5‘s release on Steam. Since launch, Gears 5 has become one of the most successful titles that Microsoft has ever had, and its success proves that more players are getting into the franchise following its revival with the fourth installment. 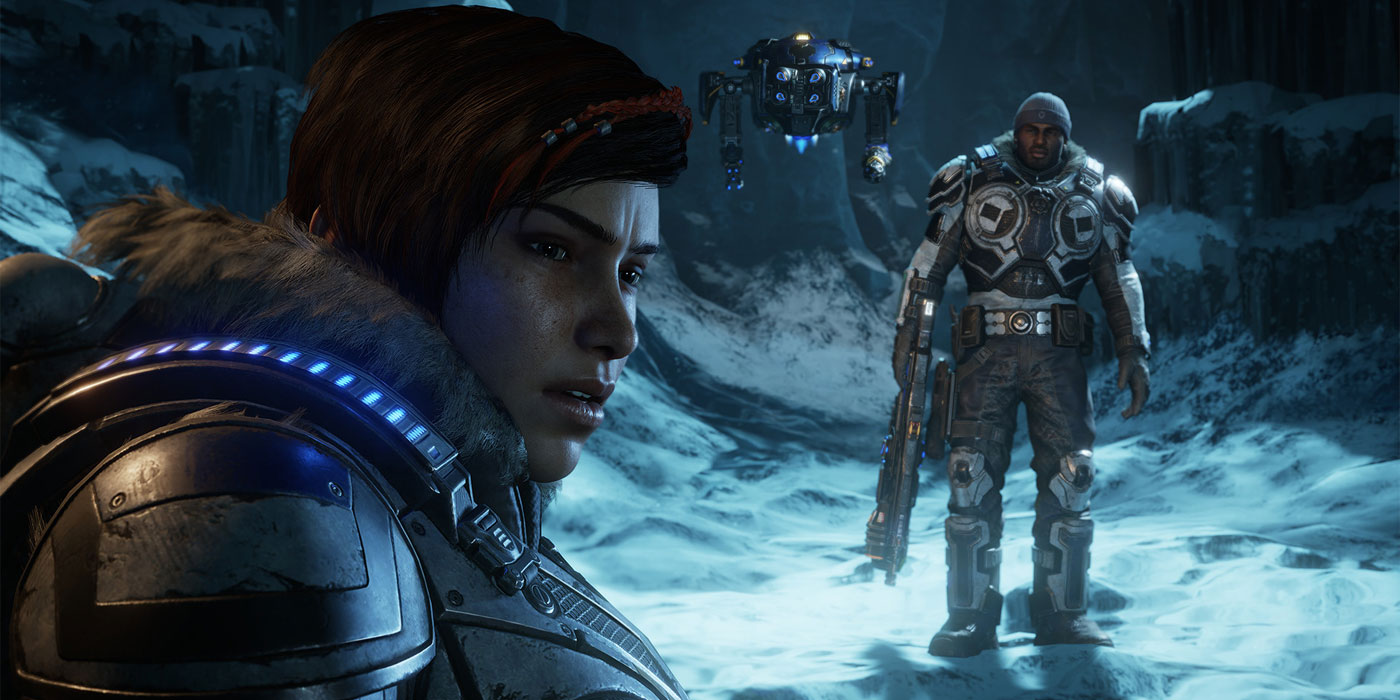 The game’s continuous growth is great, but a cross-platform release would allow it reach an even wider audience. While the series is heavily associated with Xbox and Microsoft, a timed-exclusive release strategy could work here. Games like Kingdom Hearts III have shown that this can be a good compromise between maintaining an association with an original platform and  expanding access to a great game. Gears began with Xbox, and that should always be acknowledged. However, as the brand grows in popularity, limiting it to one family of systems keeps it from reaching its full potential.

A huge part of why the Gears franchise has stayed relevant is through its collaborations with other fantastic properties. So far, Gears has worked with WWE, Terminator and actor Dave Bautista. There is no word on what is coming next, but as long as there is still strong interest in the franchise, anything is possible. There is always the change for more collaborations in the future, but moving to other consoles would exponentially expand these opportunities.

Should the Gears franchise go cross-platform, it would be good to also release remasters of the original games. It goes without saying that the series is an important piece of gaming industry that deserves an updated revisit. The only remaster has been for the original game, launched on the Xbox One. Since most of the games were released for the Xbox 360, they would benefit from a graphical facelift.

The arrival of next-gen gaming creates a transition period of endings and beginnings, and its new technology would make a series remaster look better and run faster than ever. There are still many accessible ways for a newcomer to start their journey into the series, but a remaster and cross-platform launch would make the hunt a lot simpler. And while console exclusivity can maintain a player base and draw consumers towards a new console, the Gears franchise would do well to expand its accessibility. The future of Gears of War is brighter than ever, and maybe it is time for it to be available to even more gamers.

The Big Bang Theory: Why the Building’s Elevator Didn’t Work