In Horimiya Episode 5, Hori and Miyamura try to sort out their feelings when Hori’s previously absent father suddenly returns home.

WARNING: The following contains spoilers for Horimiya Episode 5, “I Can’t Say It Out Loud,” now streaming on Funimation.

Plenty of feelings and suspense were left in the air after Miyamura’s sudden love confession in Horimiya‘s fourth episode left the sick and bedridden Hori in shock. Too nervous to respond right away, Hori skips an extra day of school to sort out her feelings when Sota accidentally gives his sister the idea that Miyamura is “cheating” on her. This misunderstanding gets sorted out, but it’s an awkward start to the relationship — and things only get more awkward when Hori’s absent father returns in Episode 5.

On his way to school, Sota sees Miyamura with his arm wrapped around a mystery girl. The girl in question, Chika, is actually Shindo’s girlfriend and had twisted her ankle, and Miyamura was helping her walk to her school’s campus. Unfortunately, what Sota tells Hori is that Miyamura was with another girl. Back at school, seeing Miyamura sets Hori’s temper flying — along with a couple of textbooks. Though Miyamura later explains what happened and smoothes everything out, Hori’s heated outburst reveals her true feelings.

RELATED: Reincarnated as a Slime: Rimuru’s Kingdom Is on the Brink of Catastrophe

Deep down Hori knows and understands her feelings for Miyamura but remains too flustered to put them into words, knowing whatever she says will irrevocably change the nature of their relationship. Miyamura reveals he knew Hori was still awake when he said he loves her, then apologizes for suddenly leaving her room afterward. It’s another example of his complicated but sincere personality, the often-insecure student versus the quiet confidence and acceptance he feels when he’s around Hori.

As the two get past their misunderstanding over Chika and awkwardly try to talk out their feelings, the situation is further complicated by the sudden arrival of Hori’s previously absent father Kyosuke. Free-spirited and enigmatic with a ruffled appearance and a cigarette in his mouth, Kyosuke is in many ways the opposite of Hori’s strict house rules for cleanliness and order — though he also shows where Hori gets her mercurial nature. His job and reasons for being gone so long remain a mystery, but his return to the family home could mean changes for Hori’s daily life — and Miyamura’s role in it.

RELATED: The Promised Neverland Anime Rushes One of the Manga’s Most Emotional Twists

That said, Horimiya proves time and again that initial judgments of a person can be misleading. Kyosuke quickly takes a liking to Miyamura, teasing him and admiring his piercings while sending his daughter into the kitchen to get him some food. Hori’s relationship with her father seems to be the exact opposite of what you’d expect from a parent and child, with Hori doing all the cooking and scolding him for misbehaving. Out of the blue, Kyosuke goes straight to the question everyone wants answering: are Hori and Miyamura officially dating? Hori, emotions already running high, gets fed up with her father’s antics and blurts out that yes, she and Miyamura are a couple. Ironically, the situation helps her calm down and process her feelings while Miyamura is overjoyed at hearing her words.

For Hori, now entering a relationship of her own, seeing her mostly absent parents both back at home must be awkward. But with Miyamura now at her side, she has a steady, dependable and affectionate presence who she enjoys being with and can lean on in times of stress. As she walks him home later that night, she shyly takes his hand and the new couple walks together under the clear night sky. They’ve had their bumps along the way and, as Miyamura states, they’re still just getting to know each other. Now that they’ve embraced their romantic feelings, together they can take on the challenges and insecurities that come their way in Horimiya.

My Hero Academia Reveals the Truth Behind [SPOILER]’s Dead Body 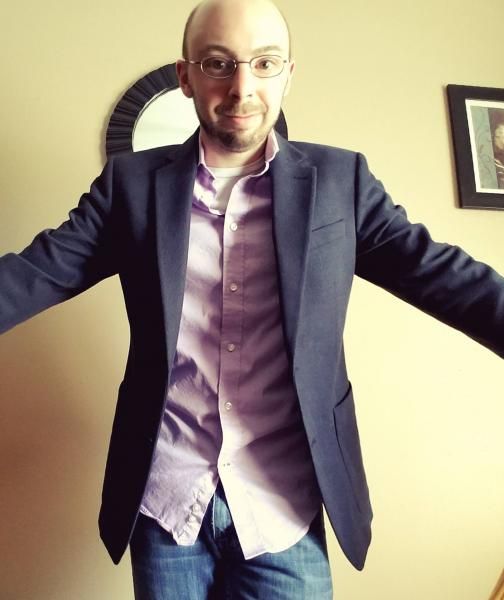