The first issue of Star Wars Tales introduced one of the oddest inhabitants of the Star Wars universe, a Jedi droid named Skippy.

In the 90s, Star Wars comics had a huge resurgence with new publisher Dark Horse Comics. A large part of its success was the departure from the big-name characters such as Luke Skywalker, Han Solo, and Princess Leia Organa, to explore the diverse universe of the franchise. Star Wars Tales #1, an anthology published in 1999, was a great example of all the different kinds of stories that would come of this exploration.

One of the wildest and weirdest of the stories in Star Wars Tales #1 is “Skippy the Jedi Droid”. Skippy was originally written by Peter David as a short story that ran in his “But I Digress” column for Comic Buyer’s Guide in March 1997. David would adapt the story into a mini-comic with pencils by Martin Egeland, inks by Howard S. Shum, colors by Harold MacKinnon, and letters by Vickie Williams.

On Tatooine, Obi-Wan Kenobi senses the presence of two possible force-users. One is Luke Skywalker, but the other potential Jedi proves difficult to locate. The force-user in question turns out to be Skippy, the R5-D4 droid that appeared in Star Wars: A New Hope. While working in Jabba the Hutt’s palace, Skippy became self-aware and learns that he can use the force. The droid, knowing he was destined for greater things, would keep practicing and developing his force powers until he was able to escape by using a Jedi mind trick on the Gamorrean guards. He managed to convince them that he wasn’t the droid they were looking for.

Related: Star Wars: Why Plo Koon Wears a Mask (And What the Jedi Master Looks Like Behind It)

Skippy wandered the deserts of Tatooine for days. On the brink of powering off, he allowed himself to be taken by Jawas knowing he could escape at any time. With the Jawas, Skippy met C-3PO and R2-D2 and he began to see flashes of his destiny through his force precognition. Soon after, Skippy and the others are offered for sale to moisture farmer, Owen Lars, and his nephew Luke Skywalker. Skippy, recognizing another force user and the destiny they would share, uses his force powers to get himself picked by Uncle Owen.

Just then Skippy gets a grim vision of the future. The entire galaxy will fall to the Empire if R2-D2 isn’t at Luke’s side. Skippy, making a tough choice for the good of the galaxy and blows his own motivator. While Skippy slips into a coma, he influences C-3PO to recommend R2-D2 instead of himself. Ultimately the Jedi droid is destroyed by a stray blaster bolt in the attack on the Jawas by the stormtroopers following C-3PO and R2-D2’s trail. Skippy becomes one with the force after his death, living on as part of the universe in the vein of other great Jedi warriors.

The state of Star Wars canon has fluctuated over the years, especially after the franchise was acquired by Disney in 2012. Few stories had been outright declared non-canon before Star Wars Tales was made part of the Star Wars Infinities banner, home to all of the works not a part of the main Legends timeline, which used to be the Star Wars Expanded Universe.

Unlike most of the other stories in Tales, “Skippy the Jedi Droid” was never actually canon. In the original Dark Horse run of Star Wars Tales, a character named Peeja Mobet, owner of Peeja Mobet’s Holo Emporium, declared that all the stories contained within were holo rentals of differing historical accuracies. Peeja Mobet certainly described Skippy as one of the less accurate titles and therefore not true Star Wars canon. 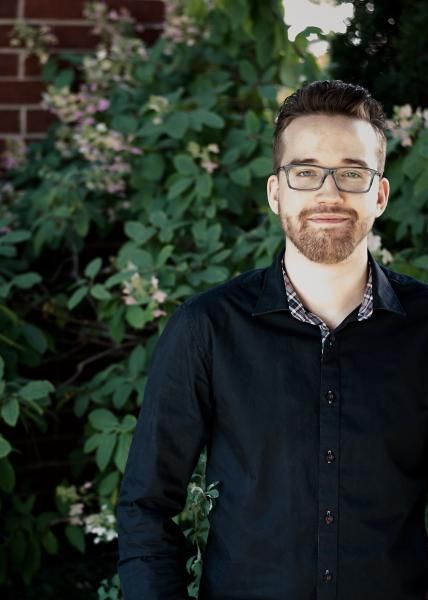 Irish‐Canadian writer, Brendan Rowe, has tried it all when it comes to writing. He’s penned newspaper articles, built government websites, and worked on film sets. Nowadays, he mostly creates and writes about comics.

If Brendan’s not building computers, models and worlds inside his studio in Montréal, Québec then he’s voraciously consuming vast amounts of film, television, books, games and comics.