Call of Duty: Black Ops Warzone has been a major hit, and this success makes now the perfect time to mix it up by adding a Zombies mode.

For over a decade now, the Call of Duty franchise has continued to outshine its previous installment with each new release. Its latest title, Call of Duty: Black Ops Cold War has proven that there is still an audience for the first-person shooter series by continuously selling in massive numbers — and fans can’t get enough.

One of the latest additions to come to the franchise has been the battle royale mode Warzone. The game can either be downloaded for free or enjoyed as a part of the latest games. Fan reception to Warzone has been positive, but one potential change has players speculating its future. An eagle-eyed gamer pointed out on Twitter a device that ties back to the series’ Zombies game mode, which was found while playing in Rumble mode. The developers haven’t said anything regarding the discovery, but whether one is coming or not, it’s clear that Warzone should have a Zombies mode.

RELATED: A Bulletstorm Remake Could Rival Call Of Duty

Zombie shooters were once a massive draw for gamers, but have since gone dormant in the public eye. However, this tease or Easter egg could be just what the genre needs to come back to life. Implementing zombies into Warzone would add a whole new type of enemy that fights for no side but their own survival. It would add stakes to the large map and play up the importance of survival. 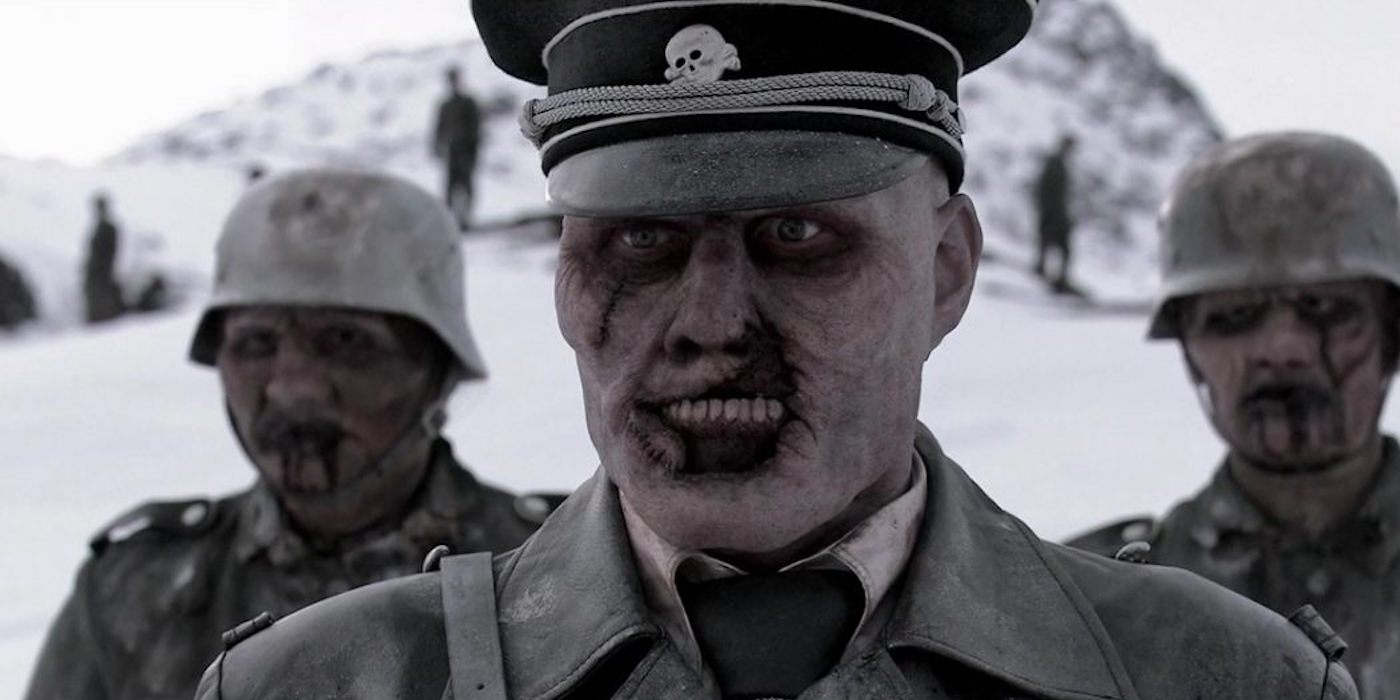 Bringing in roaming zombies that jump at the sight of a player would add a new level of tension and change how players strategize to achieve victory. With zombies present, it’s not a matter of getting the drop on another player so much as it is learning how to avoid zombies and other players — and maybe even using the zombies to attack enemies. It is an unconventional approach to the battle royale formula, but it’s one that could benefit the genre.

RELATED: Call of Duty’s New Prestige System Is Confusing – Here’s How It Works

Many would say that some aspects of Call of Duty, especially the campaign, that have gotten easier in recent years. While Warzone isn’t a walk in the park, zombies would add a new type of difficulty for fans. There could also be new game modes that would utilize much more teamwork to survive. One potential game mode could involve teams trying to eliminate one another while avoiding zombies that could attack from anywhere at any time. While it wouldn’t be too distinct from other modes, it would offer an additional challenge to adapt to and overcome.

It’s no secret that it’s the players that have kept Call of Duty thriving over the years. Because of that, the series needs ways to satisfying returning players while also bringing in new and lapsed players. Adding zombies to Warzone has the potential to intrigue new players while also give classic fans a reason to get back into a franchise they may not have played in years. Ironically, a game about undead monsters could be just the thing to breathe life into the franchise.

There are still many issues to iron out with Black Ops Cold War‘s iteration of Warzone, but it still has a lot of promise. Bringing zombies back into the mix offers a great opportunity to try something different and surprising in the battle royale genre. Call of Duty has always been a series that does the unexpected, and bringing zombies back would be no different.

KEEP READING: Why Call Of Duty: World At War Is The Ultimate WWII Shooter