The original Hawkeye is coming to Marvel’s Avengers. He brings a new storyline and a much-needed skill that many members sorely need.

Since Marvel’s Avengers released last year, the game has seen its fair share of bumps, but new DLC may help course-correct some of its more problematic elements. The Future Imperfect DLC also brings some much-needed variety to the title. Aside from more story content and a new character, Clint Barton joins the roster as the team’s second healer. Before him, Kamala Khan was the only hero who had any healing abilities, making support almost impossible. In fact, everything about Clint is a welcome addition for support.

Hawkeye’s support heroic, the recovery arrow, allows the hero to shoot an arrow at the ground that releases nanotech to heal his teammates. It’s quick to use and covers a massive area, which is something the game desperately needs. Because of how the other characters fight, Clint can both literally and metaphorically save everyone from defeat. 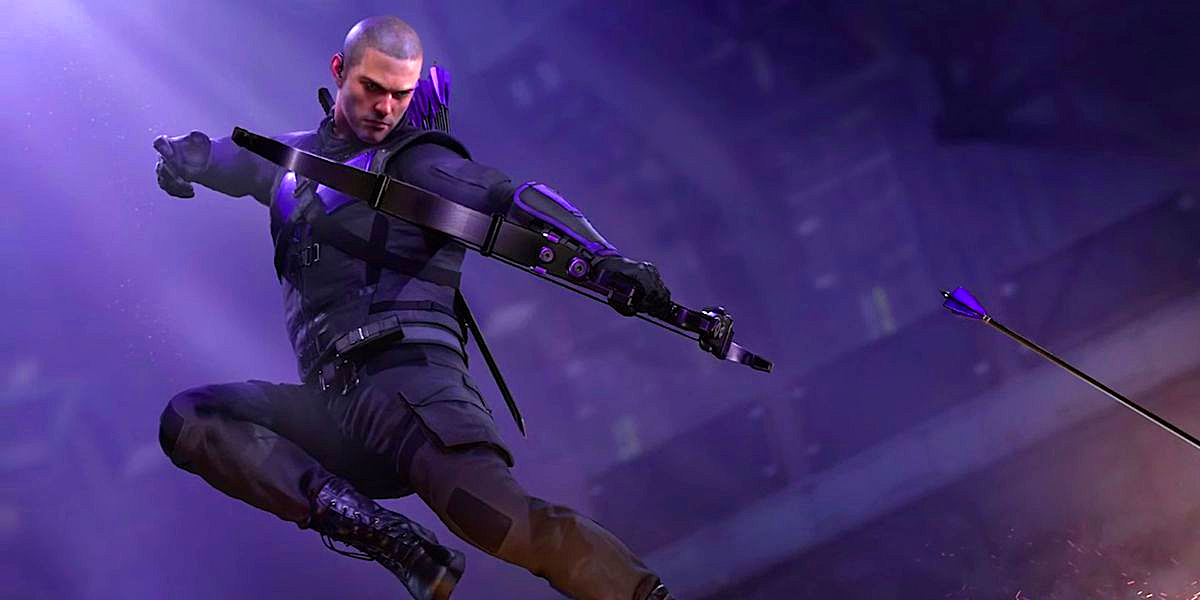 Many of the characters have unique fighting styles that leave them vulnerable to a lot of heavy damage. Thor, Hulk and Iron Man are great examples of this. The three heroes’ gameplay style involves them throwing themselves into a fight with heavy blows that affect a lot of enemies. They also have to tank a lot of hits. This doesn’t always pan out, and teammates are usually forced to revive one another.

Captain America and Black Widow are the perfect teammates for Clint as they can keep pace and fight with similar strategies. However, Cap’s erratic movements and Widow’s stealthy approach put a large damper on their defense in Marvel’s Avengers. With Clint around, the heroes can finally cut loose and deliver some amazing moments from the movies and comics in-game.

Because some fans of the series aren’t familiar with Kamala, her role as a healer is criminally underused. On top of that, her fighting style doesn’t offer up as much variety as the other heroes. With Clint here to help mix things up, this could give players a new reason to be a healer and potentially give Kamala time to shine since she won’t be the only one in a specific role.

In every form of media, Hawkeye is seen as the glue that keeps the Avengers together. Without him to keep them grounded, their collective strength could potentially go to their heads. Hawkeye’s healing and support abilities in Marvel’s Avengers establish another hero in a much-needed role. This new DLC looks to maintain the character’s best qualities, and now his moveset exemplifies that.