Mortal Kombat’s specter from the Netherrealm, Scorpion, gained his abilities after suffering a tragic loss.

As one of the most popular characters from the video game series, Scorpion was originally somewhat of a generic character who has a penchant for using his catchphrase while dismembering his foes. However, Scorpion’s background was finally explored in the video game’s companion comic Mortal Kombat X published by DC Comics in 2015.

In Shawn Kittelsen, Daniel Sampere and Dexter Soy’s Mortal Kombat X#4, the story “Scorpion: Sekret Origin” introduces the grief and loss that Hanzo Hasashi faced in his final moments of life. He recounts this story to his student, Takeda, as they journey to Raiden’s Sky Temple. He explains to Takeda that his hellfire is not a fighting style, but really a curse that he must always stay in control of.

Before his death, Hanzo Hasashi was the Grandmaster of the Shirai-Ryu assassin clan residing in a small village with his family. One day, a rival clan called the Lin Kuei came and attacked the village. They mercilessly took out the Shirai-Ryu until only Hanzo remained.

After their leader, Sub Zero, ripped Hanzo’s head and spine from his body, he showed Hanzo the fate of his family. The last thing Hanzo saw before dying was his wife and newborn child frozen to death. He wanted so badly to melt the ice and save them, and as he died, his soul kept praying for fire. In the Netherrealm, he was tortured each day but was never burned by the hellfire. This piqued the interest of the necromancer Quan Chi, who promised him vengeance for his family and let the hellfire consume his heart. Hanzo was no more — there was only Scorpion.

Related: How and Why the Mortal Kombat Movie Redesigned Scorpion

As he tells this story to Takeda, he explains how even in this ‘rebirth’ he found little satisfaction in his revenge on Sub-Zero. No matter how many battles he fought, the hellfire raged inside of him, even after he was brought back to the land of the living. While Takeda assumes that rage is what fuels his hellfire, Hanzo corrects him, saying it is a constant reminder of his failure and shame. He wasn’t able to save his clan or family, and in order to use the hellfire, he has to constantly relive that moment. He also has to stay mindful of how long he’s using the hellfire, explaining that if he burns for too long, he risks destroying himself again.

For Hanzo, the curse of the hellfire is his punishment for not being able to save his family and clan. It is a heartbreaking spin on his abilities when considering the fact that every time he uses them he is haunted by the final image of his wife and son frozen solid. 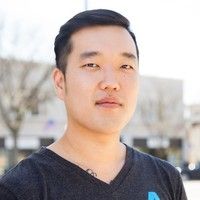