While Padmé Amidala had the spotlight in the Star Wars saga, her handmaidens each made valuable contributions to the galaxy as well.

In the Star Wars prequels, particularly The Phantom Menace, Padmé Amidala (Natalie Portman) was surrounded by a legion of handmaidens. They worked with her and performed elaborate decoy maneuvers to take Padmé‘s place, particularly in dangerous situations. They were a very important part of Padmé’s life and operations, but the films didn’t really take the time to explore or explain these characters. Instead, novels like E.K. Johnson’s Queen’s Shadow and Queen’s Peril and recent Star Wars comics tell the handmaidens’ stories and explain just how integral these women were.

Here are all of Padmé’s known handmaidens and the roles they played in her life.

Sabé (Keira Knightley) was arguably Padmé’s most trusted handmaiden, and the one most important to the narrative. Originally named Tsabin, she was from a family of Naboo musicians. She attended the Theed Conservatory but had no real passion for it, so she was quick to accept when Captain Quarsh Panaka (Hugh Quarshie) approached her to serve the new queen.

Sabé was recruited because she looked like Padmé, but she soon proved herself a competent markswoman, skilled decoy and loyal friend. Sabé acted as Amidala when the Trade Federation invaded Naboo and stayed in the role through the Battle of Naboo. When Padmé became a senator, she suggested that Sabé go to Tatooine to free slaves; Sabé continued to serve Padmé’s interests in the galaxy. After Padmé’s death, Sabé tried to uncover the truth about what happened to her, joined the Rebellion and even confronted Vader in pursuit of revenge for the dear friend who gave her purpose.

Rabé (Karol Cristina da Silva) was born Rabene Tonsort in Naboo’s Western Provinces. She also attended an art school, eventually focusing on music, but was forced to drop out after the administration discovered she was running an art forgery ring. Panaka recruited her to Padmé’s service despite this, hoping that Rabene could teach the new queen how to be more cunning. It was her idea for the handmaidens to change their names to be similar to Padmé’s for subterfuge. She served as Padmé’s “wardrobe mistress,” meaning that she was largely responsible for styling Padmé and the other handmaidens but also disguising them when necessary. After serving the queen and Naboo, she returned to studying music.

Eirtaé (Friday “Liz” Wilson), birth name Eirtama Ballory, was discovered when she was designing sets in an acting workshop. She didn’t physically resemble Padmé – being blonde and blue-eyed – but Sashah, another recruit, suggested her to Panaka because of her skills. Unlike the other handmaidens, she used science, engineering and technology in her artistic pursuits. She was initially hesitant to change her name, but eventually agreed. As a handmaiden, she took charge of Padmé’s communications and also helped redesign the royal wardrobe for comfort, convenience and tactical advantages. Afterward, she moved to Otoh Gunga to combine art with the study of agriculture.

RELATED: Star Wars Theory: Padmé COULD Use the Force

Yané (Candice Orwell), born Suyan Higin, was a seamstress discovered in a market by Panaka. He recruited her to the queen’s service when she was making blankets for patients in Theed Hospital; she could craft fabric that was fireproof or waterproof, in addition to having other tactical purposes. She was responsible for redesigning the fabric used in the queen’s wardrobe, coordinating with other staffers in the palace and compiling the queen’s medical profile. During the Invasion of Naboo, she, Saché and other members of Amidala’s staff, took notes about their captors and distributed them to other prisoners through fabric woven in specific patterns. Yané and Saché got closer during this time, eventually becoming romantically involved, and after their term as handmaidens ended, the two lived together. Yané worked with Naboo’s orphans, including a set of twins she fostered.

Saché (Sofia Coppola) was the youngest of Padmé’s handmaidens. When she was still Sashah Adova, she was participating in an acting workshop, although she hadn’t been assigned a job. She tripped Panaka by “accident,” then offered him advice about who to recruit, including pointing him toward Eirtama Ballory. He ultimately chose to recruit her as well, which he realized was by her own design. Because she was the youngest and least likely to be called on for a decoy measure, Saché was appointed the queen’s page, someone who could observe everything from the shadows.

During the Invasion of Naboo, she worked with Yané to disperse information about the droids. She was captured and tortured by the Federation, leaving her with an abundance of scars, but she didn’t break, and the royal guards in particular repaid her with loyalty and care. She later joined the Planetary Legislative Assembly and lived with her partner Yané.

Dormé (Rose Byrne), born Dorra, undertook security force training, including modified handmaiden training, and was recommended to join Padmé’s entourage on Coruscant. She was deeply loyal to Padmé and one of her most trusted guards.

Cordé (Veronica Segura), formerly Cordyn, had been on Panaka’s original list of potential handmaidens, but lacked the necessary skills with a blaster. She was later recruited to join Padmé on Coruscant and served as Padmé’s primary decoy. She was killed by Zam Wessell when in disguise as Senator Amidala.

Versé (Avril Wynne) was the third handmaiden serving Padmé on Coruscant. She was Mariek Panaka’s niece and a skilled slicer who kept an eye on the HoloNet for information that helped Padmé. She was also killed by Zam Wessell. E.K. Johnson wrote Versé to be portrayed by a Māori woman (since her onscreen appearance in the actual film was so brief and vague) and also considered writing her as a trans woman, though she refrained because she was afraid she couldn’t do it justice.

Other handmaidens named Ellé and Moteé appeared in Revenge of the Sith, but little is known about them as individuals. 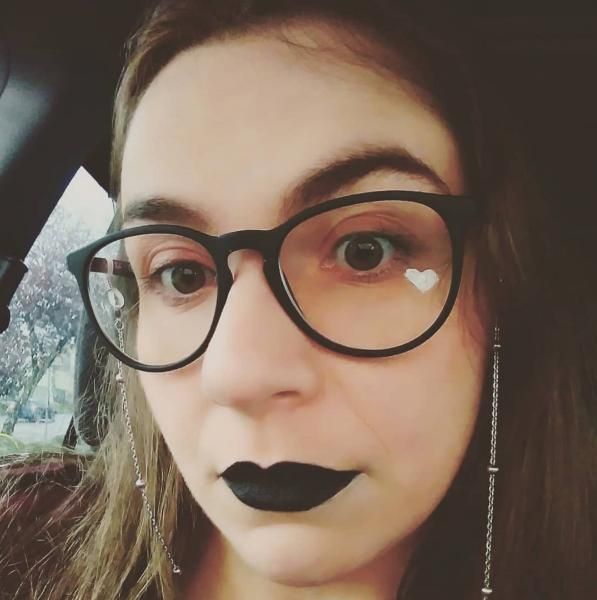 Brynna Cole is a lifelong writer now working in Movies/TV for CBR. Thanks to retail experience, she’s the person to ask when you need to fold sweatshirts or pick out the best eyeglasses. Her educational background is in English literature, creative arts, psychology, and most recently she received a masters’ degree in library science (’16, University of Alabama online). A former newspaper/theatre/mock trial kid, she spends her free time seeking out, drawing, and writing stories with awesome female characters, cosplaying, hanging out with her wife, and running a blog about the intersection of fandom, feminism, queerness, activism, mental health, and whatever else strikes her fancy (canbemagic.wordpress.com).