The Star Wars universe once had an iconic ship appear in the prequel trilogy, but that changed when a retcon that altered its name.

Since the original film’s premiere in 1977, countless iconic ships have been introduced in the Star Wars universe. Some are small, like the X-Wing, while others have been in more battles, like the Millennium Falcon. However, only one ship has the unique title of being the first starship seen in the franchise. In A New Hope, the screen opened up on a small cruiser from Alderaan called the Tantive IV. The ship was trying to evade Darth Vader and the Empire’s massive Star Destroyer. Vader ultimately boarded the ship as he tried to find stolen plans to the Death Star. This was where viewers were first introduced to Princess Leia (Carrie Fisher), who hid the plans in R2-D2, setting the film’s story into motion.

The Tantive IV is only shown in one scene, but it has since become one of the most recognizable interiors in Star Wars. Its pristine white paneling was shown in the prequel film Revenge of the Sith, decades before Darth Vader boarded the ship. In the scene, Bail Organa (Jimmy Smits) escorted Obi-Wan Kenobi (Ewan McGregor) and Master Yoda to safety following Kenobi’s battle with Anakin. The Tantive IV meeting was a unique experience that melded the two eras together, but it was ultimately retconned to become another ship.

When the Star Wars: Revenge of the Sith: The Visual Dictionary was released, the ship was still called the Tantive IV and was commanded by the same pilot from A New Hope, Raymus Antilles. The description further added to the comparisons by stating, “On and off for the next 20 years, the starship will be home to C-3PO and R2-D2.” This was also the last time the two droids were seen in the prequel trilogy and the first time they were shown in the original trilogy. 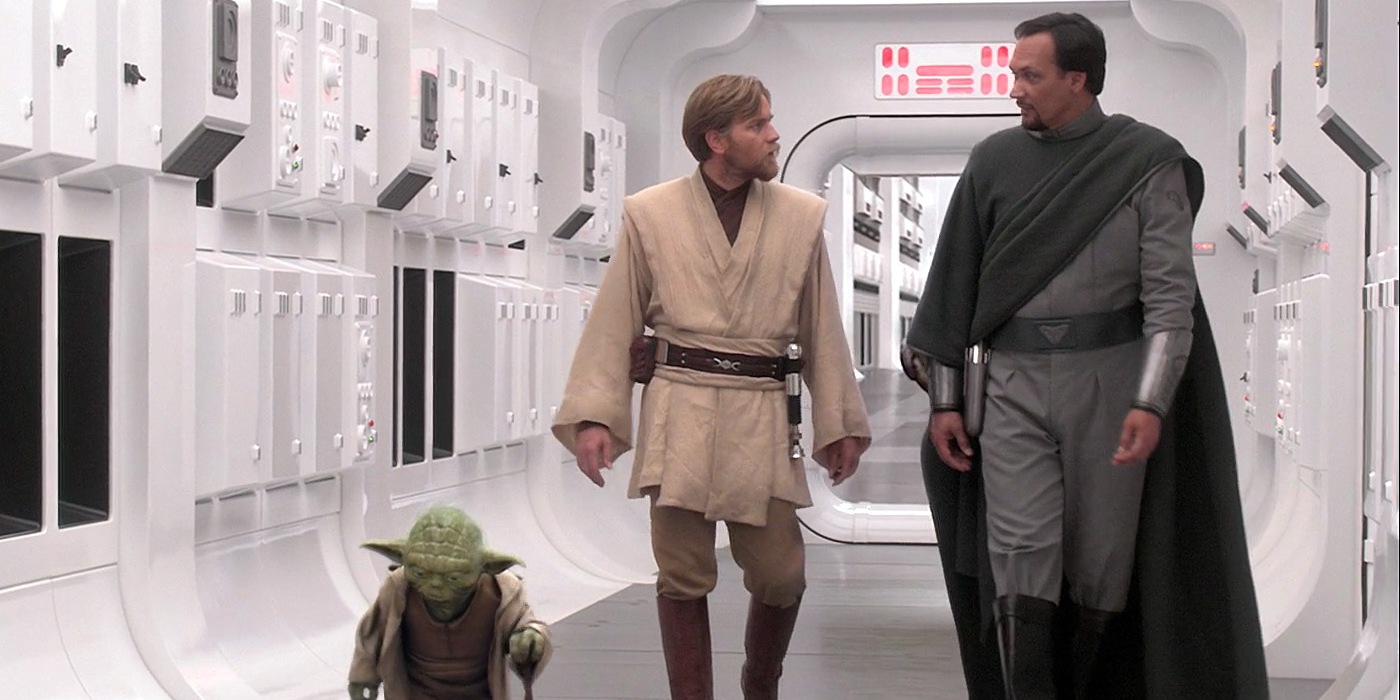 Once the retcon took place, the ship shown in Revenge of the Sith was changed to the Tantive III, aka the Sundered Heart. The ship was be Bail Organa’s personal diplomatic vessel, and like the Tantive IV, it was also commanded by Captain Antilles. The change was never explained, yet it didn’t alter the impact of the scene that took place within it.  One positive that came from the change was that having another ship showed that Alderaan could have a small fleet of diplomatic starships.

Alderaan had always been a peaceful planet that preferred diplomacy over war. Even when Leia pleaded with Grand Moff Tarkin (Peter Cushing) to spare it from destruction in A New Hope, she pointed out that they had no weapons. While the retcon of creating two Tantive ships may have seemed insignificant, it also showed how far the planet’s peaceful nature went. Having a fleet of diplomatic ships without large weapons showed the galaxy that they only negotiated peace wherever they went. Sadly, it also showed that they were no match for the might of the Empire.

While the Tantive III isn’t a well-known change in the franchise, it has added another layer to the lore by creating more of an identity for the peaceful people of Alderaan. Even now, Star Wars continues to create and add to the universe to make it more cohesive than it initially was. Changing the Tantive IV’s name in Revenge of the Sith was another example of that.

The Mighty Ducks: Every Movie Ranked, According to Critics

10 Marvel Heroes Who Time-Traveled & Regretted It