Although Marvel Studios has had a distinct leg-up in live-action media over the past two decades, the DC Animated Universe has been dominating the comic animation game since 1992. Since then, they’ve consistently produced highly-rated animated franchises consisting of direct-to-video feature films, shorts, and television series that enrich and expand the DC Comics canon.

RELATED: DCAMU: 5 DC Comics Characters Who Were Improved By The Animated Movies (& 5 Who Got Worse)

DC continued this legacy in 2013 when the company launched the DC Animated Movie Universe, an interconnected cinematic universe adapting classic DC storylines, as well as incorporating elements from the New 52 continuity, established in 2011, to create compelling original storylines. Although the DCAMU era is now officially over, it remains an important source of DC Comics history.

Released July 30, 2013, The Flashpoint Paradox is the first film in the DCAMU. The film depicts the well-known Flashpoint storyline where Barry Allen’s The Flash travels back in time to stop his mother’s murder. Barry must then contend with the ripple effects his actions caused, creating a drastically different present where the world is on the brink of destruction.

Released January 21, 2014, Justice League: War is the second film in the DCAMU. The film follows the Justice League as they protect the Earth from an alien invasion by the intergalactic demon Darkseid.

Released April 22, 2014, Son of Batman, after Ra’s al Ghul and the League of Assassins is defeated by Deathstroke, Talia al Ghul sends her pre-teen son to meet his father, Batman, where the two butt heads while Bruce tries to teach his son what it means to be a hero, becoming the new Robin.

Released January 13, 2015, Throne of Atlantis serves as a one-off sequel to 2014’s Justice League: War. The film follows Arthur Curry’s Aquaman as he uncovers the truth behind his Atlantean heritage and aids the Justice League in saving Metropolis from his half-brother, Ocean Master.

Released April 7, 2015, Batman vs Robin is the direct sequel to 2014’s Son of Batman. The film follows Batman and his son Damian as they continue to disagree over Damian’s ability to be Robin.

Damian turns to a dangerous mentor as the Bat-Family uncovers the secrets behind the shadow organization, the Court of Owls.

Released January 20, 2016, Batman: Bad Blood is the next installation following the Bat-Family storyline. The film takes place six months after the events of Batman vs Robin following the apparent death of Batman. Robin, Nightwing, and Batwoman work together to uncover the plot that caused Bruce’s disappearance. This film adds Batwoman and Batwing to the Bat-Family canon and introduces Batgirl.

RELATED: DCAMU: 5 Ways It Diverged From The Comics For The Better (& 5 For The Worse)

The film follows a demonic attack that ends in Damian Wayne being sent to train with the Teen Titans after yet another disagreement with his father, Batman. Damian struggles with being part of a team while the Titans are suddenly confronted with Raven’s father, Trigon, and a demon-possessed Justice League.

Released January 24, 2017, Justice League Dark follows a special line-up of heroes whose interests and talents align with the occult and macabre. Batman recruits this darker version of the Justice League to step in when a supernatural force begins inflicting people with nightmarish hallucinations, including Superman and the other core Justice League members.

Released March 31, 2017, Teen Titans: The Judas Contract is a direct sequel to Justice League vs Teen Titans. The film retells the classic Titans storyline where the team is confronted with death and betrayal while uncovering a plot set against them by their persistent enemy, Deathstroke.

Released March 27, 2018, Suicide Squad: Hell to Pay is a stand-alone story in the DCAU canon.

RELATED: DCAMU: 10 Things The Live-Action Movies Can Learn From The Animated Cinematic Universe

The film follows the Suicide Squad, a team of villains gathered by Amanda Waller to do her bidding on pain of death, as they end up embroiled in a deadly race to find a magical card that ensures one admittance to Heaven.

Released July 24, 2018, The Death of Superman is the 10th installment in the DCAMU. The film follows Superman who, at the height of his career, saves Metropolis from an invulnerable space creature named Doomsday, perishing in the act.

Released October 9, 2018, Constantine: City of Demons – The Movie is the feature-length compilation of the short-lived animated web series that serves as a spin-off of the 2017 DCAMU movie, Justice League Dark. The film follows John Constantine, an occult detective demon hunter who also happens to be one of the most powerful sorcerers in the DCU canon. The story revolves around Constantine’s efforts to save a young girl from a demon-induced coma.

Released January 15, 2019, Reign of the Supermen is the direct sequel to 2018’s Death of Superman. The film takes place six months after Superman’s demise when several new “Supermen” show up under mysterious circumstances, including the introduction of an adolescent Superman, named Superboy, a clone created by Lex Luthor.

RELATED: Superman: 10 Alternate Version Of The Man Of Steel Across The DC Animated Movies

After a Cyborg Superman starts causing trouble, Lois Lane and Lex team up to uncover an intergalactic scheme in order to hold off Cyborg Superman until Clark Kent can make a triumphant return.

Released July 20, 2019, Batman: Hush is the 13th installment of the DCAMU. The film follows Batman who forms an alliance, and later a relationship, with renowned cat burglar, Catwoman, to outsmart a new nefarious villain named Hush, who seems to know about Batman’s true identity and uses that knowledge to threaten the people closest to Bruce.

Released October 5, 2019, Wonder Woman: Bloodlines is the 14th installment of the DCAMU. The film follows Wonder Woman who uncovers a new team of villains called Villainy Inc. that seem to be made up of enemies from her past.

Released May 5, 2020, Justice League Dark: Apokolips War is the 15th and final film in the DCAMU. The film is a culmination of every team established within the DCAMU, as the remaining members of the Justice League, Teen Titans, Justice League Dark, and Suicide Squad have to join forces to save Earth after a devastating battle ended in Darkseid conquering the planet.

NEXT: DCAMU: 10 Things That Don’t Make Sense (Unless You Read The Comics) 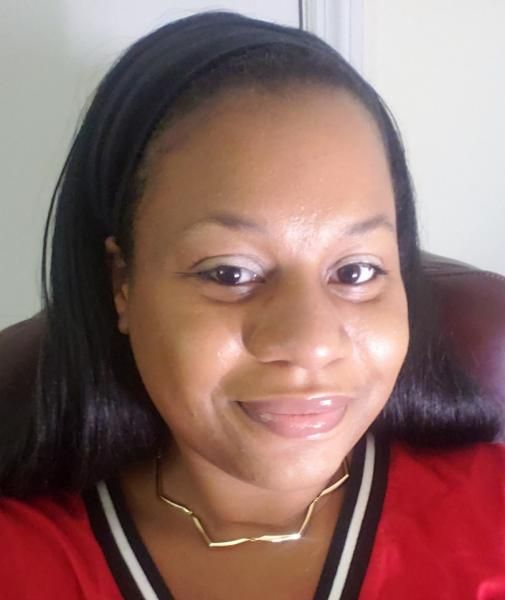 Taylor Walker has worn many hats over the years, from competitive marksman to travel agent. No matter her title, she loves nothing more than indulging in a good narrative – be it from between the pages of a good book or on a screen. She now works as a list-writer exploring themes from some of the most influential entertainment media in contemporary pop culture.