The original Sword Art Online, as well as the Underworld, were best known for their incredible swords forged from unique and dangerous materials. On the other hand, Gun Gale Online specialized in guns of all shapes and sizes. While not as fanciful as the swords from the other games, it also had swords reminiscent of the Lightsabers from Star Wars.

RELATED: Sword Art Online: All Of The Anime’s In-Universe Games, Ranked From Best To Worst

Some of the weapons fall short of being incredible in their own right and can only be made great by a skilled user. Others, however, stand out as true masterpieces.

10 Dark Repulser: A Strong Sword Birthed From The Den Of A Dragon

The Dark Repulser was Kirito’s second sword in Sword Art Online. The sword was created by Lisbeth from Crystallite Ingot, a unique material the pair retrieved from the lair of a dragon after a special quest. This event is rather significant as it is what ignited the friendship between Kirito and Lisbeth.

Kirito gained the skill Dual-Wield and was able to use both the Dark Repulser and the Elucidator at the same time. Due to its strength, unique origin, and sentimental value, this is one sword that he won’t soon forget.

9 Kagemitsu G4: A Laser Sword With The Ability To Slice Through Bullets

When Kirito dived into Gun Gale Online, he was initially unsure of which weapon to main. Sinon, who would become one of Kirito’s closest friends, helped Kirito find the only weapon in the game that would feel natural to a swordsman like himself, a Kagemitsu G4 Photon Sword.

Although having second thoughts about bringing a sword to a gunfight, Kirito quickly learned to slice through bullets that were shot at him before closing in on his targets to defeat them. The sword was then used to stop Death Gun and to halt the real-life murders linked to the game.

In Gun Gale Online, Sinon acquired the PGM Ultima Ratio Hecate II, a gun she simply refers to as Hecate. The gun is a rare and powerful sniper rifle that allows her to attack from extremely long-range distances with deadly accuracy while keeping her location secret, giving her a great advantage in battle.

In the real world, Sinon had an extreme fear of guns. She relied on the powerful Hecate to give her strength in battle and the confidence to help overcome her fears. She used the gun to assist in the battle against Death Gun and save another player from being murdered.

7 Elucidator: A Strong Sword Won From A Boss Drop

One of Kirito‘s original swords in Sword Art Online, the Elucidator is colored all black, in keeping with Kirito’s standard dress as the Black Swordsman. Upon showing the sword to Lisbeth, he revealed that the sword was won in a boss fight. He then asked her to make another sword of similar quality, leading to the birth of the Dark Repulser.

RELATED: Sword Art Online: 10 Things You Didn’t Know Only Kirito Can Do

The Elucidator was Kirito’s first signature weapon and served as his primary weapon in many of his fights in Sword Art Online. When creating the Night Sky Sword in the Underworld, Kirito based it off of the Elucidator, giving it a similar length and color.

6 Conflagrant Flame Bow: A Bow With The Ability To Shoot Arrows Of Fire

The Conflagrant Flame Bow, wielded by Integrity Knight Deusolbert Synthesis Seven, is a giant bow of copper-red color. The bow is a Divine Object and its original form was that of a phoenix that lived in a volcano.

Just as its name would imply, it is able to engulf the arrows fired from it in flames. Deusolbert can never run out of arrows as its Full Control Art form allows the bow to shoot arrows that are created entirely out of flames. Following his loss to Kirito and Eugeo, the pair encouraged Deusolbert to live on valiantly and to use his weapon to protect his people.

The Night Sky Sword is a Divine Object created from the Gigas Cedar, a giant tree in Eugeo’s home village that Kirito assisted in cutting down. When the sword is in its Full Control Art form, it can produce and shoot out a giant spear.

When Kirito originally received his sword, he was unsure of what to call it. However, as Eugeo lay dying following their battle with Quinella, he stated that Kirito’s soul was like a night sky filled with stars and asked Kirito to name his sword the Night Sky Sword.

4 Heaven Piercing Sword: A Sword That Can Shoot Sharp Beams Of Light

The Heaven Piercing Sword is a Divine Object used by Integrity Knight Fanatio Synthesis Two. The sword was created when Quinella used a thousand mirrors to reflect the light of Solus into a single point, creating a powerful and destructive beam of light. She then had the mirrors destroyed and used to forge the Heaven Piercing Sword, a sword that can shoot out beams of light that will pierce through or melt anything they touch.

When in its Full Control Art form, the Heaven Piercing Sword can shoot out these beams of light in all directions. Although this is an attack that is extremely difficult to avoid, there is a high chance that it will hit the user as well.

The Blue Rose Sword is a Divine Object wielded by Eugeo, who found the sword when he, Alice, and Kirito went to the Edge Mountains looking for ice. Due to the power of the sword, Eugeo was not able to wield it until he had trained to become a true swordsman.

The Blue Rose Sword originated from a rose, a very unique flower in the Underworld, that had frozen in ice before it could wilt. When in its Full Control Art form, the Blue Rose Sword can cover a large area in ice, freezing multiple enemies in place. The ice will then grow thorny roses that pull the life force from anyone it has trapped.

2 Time Piercing Sword: A Sword That Can Attack In The Future And The Past

The Time Piercing Sword, also known as the Time Splitting Sword, is used by the commander of the Integrity Knights, Bercouli Synthesis One. The sword was created from the original System Clock, a clock that was was left in the Underworld to control time by its creators.

1 Fragrant Olive Sword: A Sword With The Ability To Split Into A Swarm Of Fierce Flowers

The Fragrant Olive Sword is used by Integrity Knight Alice Synthesis Thirty. The sword is an immortal object created from an olive tree that grew in the original town of the Underworld. When Kirito and Eugeo first approached to fight Alice, they saw her sitting next to a large olive tree and wondered where her sword was.

Suddenly, the tree dissolved into flowers and reformed into her sword as it had been absorbing energy from the sunlight. When in its Full Control Art form, the sword can split into thousands of flowers that can slice through their opponent like a blade or overwhelm an attacker. The sword is extremely strong and even Eugeo and Kirito, who defeated every other Integrity Knight, were unable to best its power.


Next
10 Laidback Anime Characters Who Are Secretly Strong 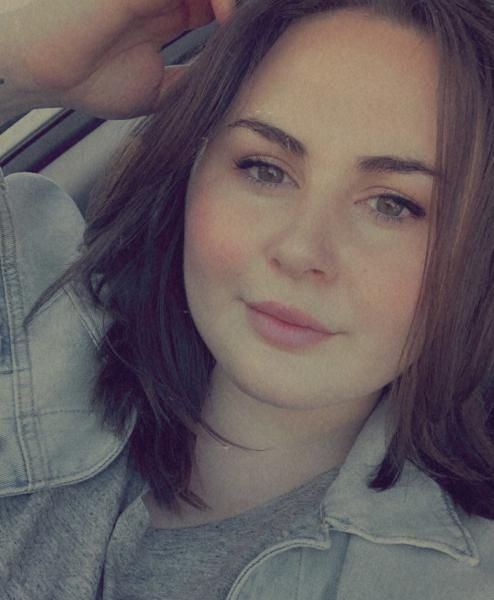 Sarina Davis is a reader, writer, and anime enthusiast based in Colorado Springs, Colorado. She has taught English to students of all ages and is passionate about the value of comics, manga, and graphic novels in the literary world. Sarina is now a proud writer of Anime Lists with Comic Book Resources. When she is not watching anime or reading, Sarina enjoys long walks in the park with her puppy and cooking delicious vegetarian meals.

House of the Dragon: Targaryens Are ‘Crazy as They Get’