A sprawling narrative, fascinating characters and a unique setting; these are some of the main selling points of Red Dead Redemption 2. Rockstar Games’ blockbuster sequel delivers on all fronts, and even after beating the game players are still coming back for more.

At the old saloon at Van Horn Trading Post, players will come across a missing poster for one Princess Isabeau Kathrina Zinsmeister, with a $100 reward on offer. From Luxembourg, the princess disappeared 15 years prior to the events of the game at the age of 5.

This is one of the most curious mysteries in Red Dead Redemption 2; to date, no player has found the princess in the game, though they have uncovered more information. She’s blonde, has a birthmark on her left cheek, and a birthmark on her right hand. A passing conversation reveals that a group of men are searching for her, and there’s luggage with her initials on them at the Trading Post. Beyond this, there’s not much else to go on.

PC players managed to look through the game files and found her character model, suggesting that, at one stage, she was intended to be a character in the game.

Slightly less interesting than the missing princess, the game overtly references a giant catfish that is said to weigh a whopping 180lbs. There are plenty of fish in the game, some of them huge, but none come close to this absolute unit. Much like the princess, however, the catfish has never been found.

Its existence is brought to the attention of the player by Jeremy Gill, who even gives tips on how to catch the fish. Again, PC players mined the game files and found a model for this legendary fish which, curiously, appears mutilated. There’s no explanation as to what happened to the fish, or whether or not it is definitely in the game, meaning that the search continues.

It wouldn’t be a Rockstar game without some UFOs, and Red Dead Redemption 2 doesn’t disappoint. In an abandoned shack in New Hanover, players will come across what looks to be the remains of a cult. The dilapidated structure is full of skeletons, most lying in beds, with one sat at an altar at the front. Next to this skeleton is a note, which urges the player to return “At the second hour under the half-moon,” and also mentions the peak of Mount Shann.

RELATED: Max Payne 3: Everything Rockstar Just Gave Away for FREE as DLC

If the player visits this shack at 2:00 am on a night with a half-moon, a UFO with green lights will appear above the building and can be seen through the damaged roof. Once the player leaves the shack, the UFO disappears.

Similarly, if gamers head to the very peak of Mount Shann at around 1:00 am and look out on the plains, they’ll see another UFO very briefly appear in the sky.

In a patch of woodland near Strawberry, players can stumble across a rather disturbing scene. There’s a peculiar site with strange symbols drawn onto the ground, centered in some rock formations. In the middle of this site is the top half of a mutilated human body with a ghastly mask on its head. Clearly, some sort of ritual sacrifice has taken place here, with clear pagan symbolism.

The Red Dead community has done all they can to figure out what happened, to little avail. What started out as simple exploration turned into players taking non-playable characters and sacrificing them at this site to see if it would trigger some sort of event. To date, no one has managed to uncover the true history behind this horrific ritual.

RELATED: Every Grand Theft Auto Game Ranked, According to Critics

One of the most unnerving discoveries players have made in Red Dead Redemption 2 is the infamous ManBearPig, known as the Manmade Mutant in the game. Found only by climbing through an upper window of an abandoned house near Van Horn, the abomination is made up of parts of several different creatures including humans, a bear, a boar and a vulture.

Scattered throughout the room are notes and drawings from the creature’s creator, who was performing some sort of twisted science experiment. Thankfully, the creation isn’t alive, but what’s more mysterious are the creator’s intentions and their identity. Their notes suggest an obsessive pursuit of scientific advancement, with horrifying results. Possibly a reference to the South Park episode ‘ManBearPig’ and even Mary Shelley’s Frankenstein, this mystery has haunted players for years.

KEEP READING: GTA: The Mount Chiliad Mystery Was About the Journey, Not the Jetpack 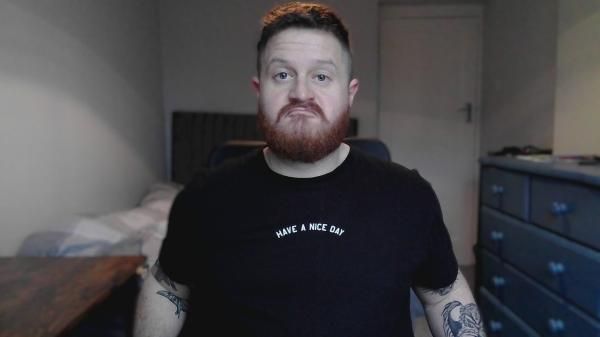 George is a features writer based in London, England who has been gaming most of his life, and has finally decided to combine the two. After graduating from the University of Surrey, George became an NCTJ (National Council for the Training of Journalists) qualified journalist before moving into sports journalism, where he spent several years at Boxing News magazine. He then moved into social media marketing, before returning to the world of full-time writing. A former boxer, George has a keen interest for health and fitness though his love for baking often gets in the way of this.