Blanka is one of the Street Fighter series’ most ferocious fighters, recognizable by his green hue. But how did his skin tone change colors?

One of Street Fighter‘s most beloved characters is also one of its strangest. At a glance, Blanka looks like a green-skinned monster reminiscent of the Incredible Hulk. However, further exploration finds that he was once a normal man who became feral after living in the jungle for a long period of time, where he also learned to fight. His most distinct characteristics are his large orange mane, green skin and electricity-based abilities. Of all of the character’s visual features, his green pigment carries with it one of the most unique stories.

Originally named Jimmy, the developers always planned for Blanka to be human, but the decision to make him feral happened during development to keep the roster fresh. Blanka’s hairier look would give the cast of mostly human-looking characters some variety. However, in Japan, Blanka’s green skin originated from the realistic (and humorous idea) that constantly eating chlorophyll from plants changed his skin tone.

Now green, Blanka was able to blend in with his environment and avoid dangers while also sneaking up on anything or anyone without detection. Over time, the character’s color change became permanent, making him look even more like a cryptid than a person. However, when Street Fighter II made its way to the West, the port altered the explanation for Blanka’s green skin. 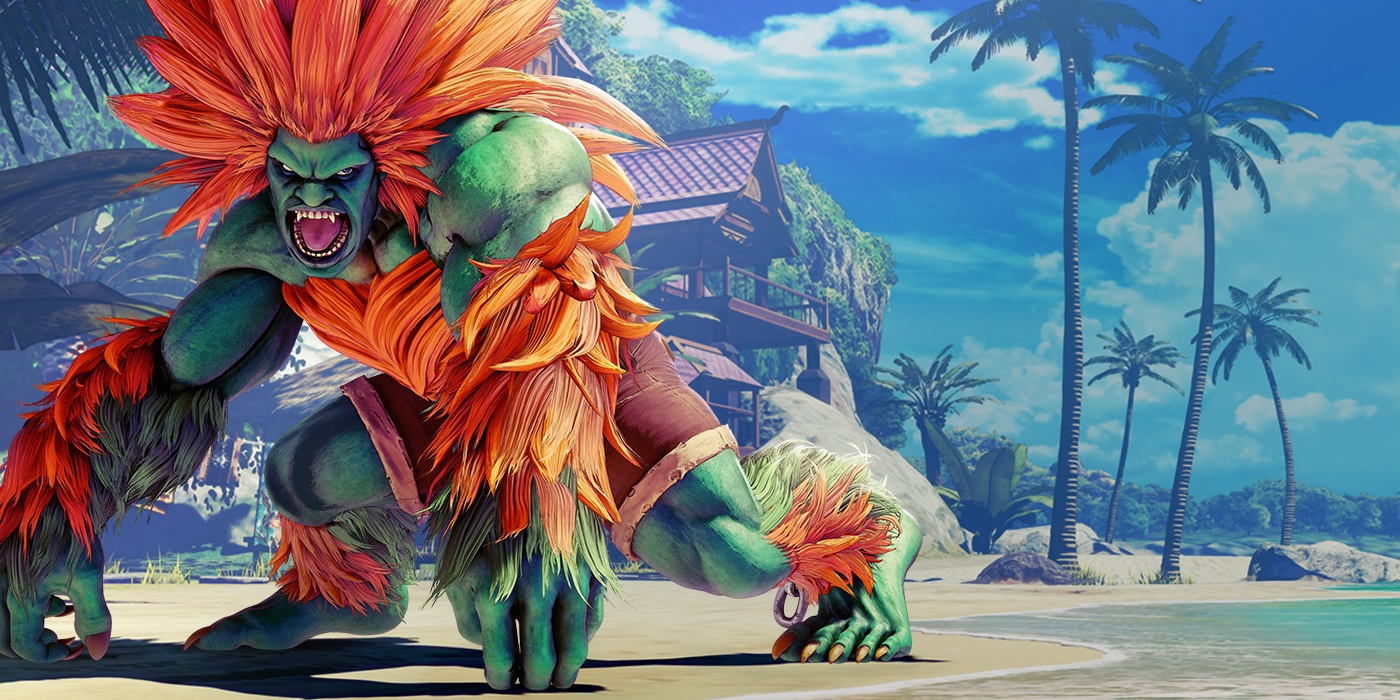 The original Japanese release never fully explained how Blanka’s plane crashed, but the U.S. version states that it was struck by lightning. This not only changed his pigmentation, but also gave him his trademark electric-based abilities, rather than the electric eels that granted him his powers in the Japanese version. Rather than retcon this, the developers chose to piggy-back off of the Western explanation. Instead of a lightning strike, the plane was revealed to have been shot down by the criminal organization Shadaloo in an attempt to assassinate a minister who was also on Blanka’s flight.

Like his origin, Blanka’s skin tone also went through some variations before settling on his current vibrant shade of green. In his earliest appearances, Blanka was with a yellowish-green tint. However, artwork for Street Fighter II shows the character with vivid green skin. It’s unclear whether or not this was due to the game’s capabilities, but as time progressed, the character officially remained pure green. Blanka’s history is undoubtedly one of the most unique in an already diverse roster of characters, and the level of detail put into his story has only aided in making him the hero and icon he is today.

KEEP READING: Why Primal Rage Should Make A Comeback