Episode 6 of Mars Red, “The Last Blue Sky,” puts the focus on the vampires’ humanity and humans’ monstrous tendencies.

In Mars Red Episode 6, the underlying tension of the series comes to a boil: the real bad guy was General Nakajima, who had only created and protected the secret vampire squadron Code Zero as a distraction from his actual plan. Nakajima, rather than being a vampire champion, wanted to replace human soldiers with vampires, whose lives and suffering he found completely expendable.

Instead of recruiting them, as was the usual way, he forcibly infected healthy young men using a tampered strain of the vampire virus. And it gets even worse as Nakajima’s plans for these men are fully revealed.

It’s hinted that Nakajima has been experimenting on the most vulnerable humans — prostitutes and immigrants — to refine Ascra’s effects and that the zombie vampire outbreaks of the Red Light District were entirely his fault. He also ostracized his only daughter when she found out about his plan (even ordering her death when she turned into a vampire) and planned to force Maeda, his only loyal subordinate, to turn into a vampire and lead his newly formed squadron. All in all, Nakajima is a terrible human being, the closest thing Mars Red has to a mustachioed Palpatine.

The parallels don’t end there. Maeda was already reeling from a series of dramatic losses: his battalion, whom he thought dead; his fiancée, Masaki Nakajima, who immolated herself under the sun; and his arm, which he lost and replaced with a mechanical hand, marking his wish to become more machine than human. Maeda was a Darth Vader in the making who raised his sword against his own people, trying to kill his oldest friend and his youngest recruit to blindly follow Nakajima’s deranged plan.

In fact, Nakajima’s plot and Maeda’s moral event horizon are only derailed by the massive natural catastrophe that had been foreshadowed from Episode 1: the Great Kanto Earthquake that leveled Tokyo on September 1, 1923. This earthquake actually happened — but in Mars Red, powerful vampires are capable of using natural forces to their advantage. Masaki, for instance, blasted out of her underwater metal prison like a rocket, and Deffrot, the eldest vampire in the world, is seen kneeling down with one hand on the floor, sensing the early rumbles of the earthquake. This is a pretty smart piece of metaphor. For all their “inhumanity,” the vampires of Mars Red are far more attuned to the natural world than the industrialized humans around them, particularly Maeda and Nakajima.

The earthquake turns Code Zero’s headquarters to rubble. The vampires are able to remain in the shadows, but Maeda is not so lucky. A metal beam impales his midriff, preventing him from moving. Yamagami, Code Zero’s most human vampire and Maeda’s oldest friend, decides to save him for old times’ sake — even though Maeda had been ready to kill him only minutes before. Using his supernatural force, Yamagami lifts the beam and frees Maeda’s legs, knowing he’ll be exposed to the sun and will go up in flames.

Two vampires with personal connections to Maeda have now given up their lives to keep him from becoming a villain: Masaki and Yamagami. In any other anime, this second sacrifice would be the turning point for Maeda, the moment when he decides to protect the vampires in Code Zero rather than what his superior tells him — but whether he’ll have a true change of heart about their humanity is anyone’s guess.

Mars Red, based on the stage play by Fujisawa Bun-o, is written by Fujisaku Junischi (Ghost in the Shell: Stand Alone Complex), directed by Fujisawa Bun-o and Hatano Kouhei, designed by Karakara Kemuri (Laughing Under the Clouds) and Takeuchi Yukari (Demon Slayer: Kimetsu no Yaiba) and scored by Muranaka Toshiyuki.

KEEP READING: Yasuke: Who Is the Monstrous Priest – and What’s His Plan?

AT&T Plans to Spin Off HBO and Other WarnerMedia Companies 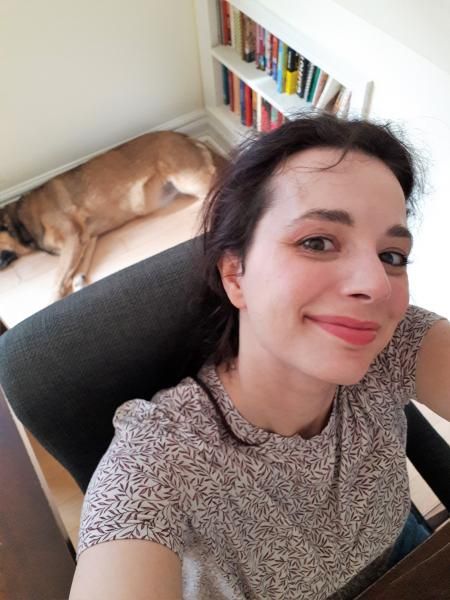 Bea is a European transplant currently living in Toronto.

You can endure her shameless self-promotion by joining her five Twitter followers at @BeaCaicoya.