Without a doubt, Grey’s Anatomy is one of the best medical dramas out there. The series follows the life of Meredith Grey as a doctor at Grey Sloan Memorial Hospital. The various patients she takes on, the dynamic between the characters, and the bonds that the characters share with each other are what bring the drama to the show.

The show effortlessly manages to keep everyone involved in the lives of the characters and tries its best to give the viewers something to relate to. There are some who enjoy the show because of the technical aspects, however, most of the viewers have been lured in due to the characters and the storyline. The show creates a seamless connection with its audience through the subtleties that it brings.

10 Blue Pills: A Positive Love Story (An Unconventional Love Story With A Hint Of Medical Drama)

“Blue Pills: A Positive Love Story” is a comic written by Swiss comic artist Frederik Peeters. It is a love story that involves some medical drama around three people–a character named Fred, Cati, an HIV-positive individual, and Cati’s son who also has HIV. The comic follows Fred’s journey as he records his struggles with HIV while making efforts to make his relationship work with Cati and her son.

Although the comic relates the story of a sick person, Blue Pills focuses more on the love that these characters share and the deep connection that they make throughout the story. It shows the complexities that come along with loving someone who requires more care than the ordinary person and how certain people make all the work worth it.

9 The Bad Doctor (Navigating The Life Of A Doctor)

The Bad Doctor is written by Ian Williams and is based on Dr. Iwan James, a General Practioner who suffers from Obsessive-Compulsive Disorder. It navigates three different time periods of Iwan’s life, all while he records his struggles as someone who suffers from OCD, and leads us through his life as a GP, and the distress he faced in his childhood.

RELATED: 10 Medical Anime To Watch If You Love Grey’s Anatomy

This book is a wonderful portrayal of the hardships faced by a doctor who weathers through an illness and how it affects his relationships inside and outside the scope of work. It also extends a hand of compassion and comfort to those with similar ailments and provides hope in knowing that they are not alone.

8 Our Cancer Year (Through The Life Of The Patient)

Our Cancer Year is a graphical illustration by Harvey Pekar and Joyce Brabner about the life of a lymphoma patient. It documents the patient’s experience of being diagnosed with cancer, the subsequent treatment, and their journey through it with their loved ones.

The main character showcases the unspoken trials that come with cancer. The suffering lies not only in the physical endurance of chemotherapy but also affects other parts of your life. Experiencing an illness as such brings in miscommunication, panic due to lack of time, dislocation, and uncertainty. You endure the physical illness but also take on the mental discomfort that takes a toll on everyone.

7 Lisa’s Story: The Other Shoe (The Life Of The Family Members Left Behind)

This comic is written by Tom Batiuk and is a compilation of multiple graphic strips about breast cancer. It follows the life of Lisa Moore and how she deals with being diagnosed with breast cancer. The story also involves her husband, Les Moore, and how they handle the hardships that come in with this disease. The comic illustrates the treatment, recovery, relapse, and eventual death that is caused by breast cancer.

It is not a book about hope but rather about the struggle, heartbreak, and the melancholic commemoration of Lisa by her husband and daughter after her death. It is a beautifully sad strip that shows the truth about suffering. Most importantly, it showcases to the reader how long can grief linger after the deceased has departed.

6 Marbles: Mania, Depression, Michaelangelo, And Me (A Deep-Dive On Biopolar Disorder)

Ellen Forney has written this graphic memoir about her bipolar disorder and how she copes with it. She struggles with finding a method of treatment as she does not want it to affect her creativity. Through this book, she explores other artists who have suffered from mania and tries relating her experiences with them.

Through her illustrations, she memorializes the concept of a crazy artist. She proves that creativity knows no bounds, reasons, or sanity. The most beautiful works of art arise out of unfortunate circumstances. Imagination does not halt or end, it lives on in the mind. Marbles is a beautifully dark portrayal of mania and mood disorder in an artist’s work and Ellen’s process of navigating it.

The Facts of Life by Paula Knight follows the story of two women, Polly and April, with certain societal goals ingrained in them since childhood. It shows how April walks the path set by society while Polly faces struggles that cause her to challenge these beliefs.

The graphic memoir depicts how society defines family and womanhood and sometimes diminishes a woman’s purpose to solely producing life. It illustrates how a chronic illness and unfortunate miscarriages, lead one of the two main characters to adjust her views along with her husband and take back control in deciding the course of her life and what her true goals are.

This graphical illustration by Aneurin Wright is a beguiling perspective of death and mourning. It follows the story of the author’s journey of coping with his father’s illness and eventual death due to emphysema. He depicts the memories, that he shared with his father, that have affected his life and also his relationship with others.

He illustrates his thoughts and expectations pertaining to his ordeal and his reconciliation with his father. The book represents the efforts that go into hospice care, the compassion required to deal with the illness of a parent, and the effects that a situation such as this has on the bond between people.

Mom’s Cancer is an illustrative book by Brian Fies as he attempts to traverse through his mother’s illness. It is a characterization of how a loved one’s illness affects others, causes turbulence in their lives, and gives perspective to the readers of the painful affair.

RELATED: 5 Anime Movies Cancer Will Love (5 They Will Hate)

It is not a scientifically driven story but rather a personal account of seeing a parent suffer from cancer. Brian Fies uses his words and illustrations to paint a picture of the hardships, trauma, occasional invalidation, and fear that comes along with this predicament. He creates a world that allows people to feel safe as they search for solace from their real-life struggles.

MK Czerwiec recollects incidents from her life serving as a nurse in the HIV/AIDS care unit 371 at Illinois Masonic Hospital. She also pens down her interactions with others working in the unit alongside her.

She does a beautiful job at representing each character as holding their own and not as someone in a supporting role. It illustrates the memoir as a historical account rather than a biographical piece. It shows the efforts that go into taking care of patients and how the very people you work with end up becoming your chosen family. Even in a melancholic setting, one can find islands of love and care and hold onto those when things get rough.

1 Epileptic (A Look On Epilepsy)

Epileptic is a dark account by David Beauchard of his experience with his elder brother’s epilepsy. It represents various orthodox and unorthodox methods of treating epilepsy and the thoughts that David has due to the situations that arise out of his brother’s illness.

He recounts the work that his parents did to help his brother, the way society saw and treated his brother, his brother’s eventual acceptance of his illness and refusal to become better, and lastly, he focuses on his own way of coping with this through his drawings. The book comprises several dark storylines while exploring the different ways the characters deal with this unfortunate plight.

NEXT: 10 Comics To Read If You Love Doctor Who


Next
Loki: 10 Things We Learned From Episode One 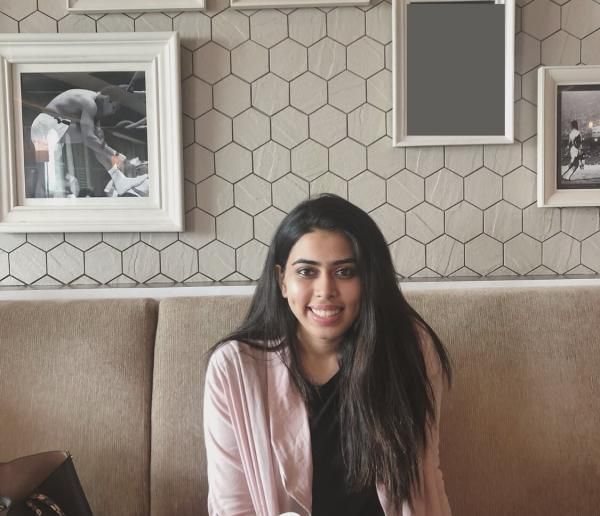 Juwaria is a freelance content creator with over 6+ years of relevant industry experience. Most of her work has been in the field of business development and technological advancements. In her free time, she loves to watch movies, tv-series, and comics books. Her journey with CBR allows her to express her interest in those topics.